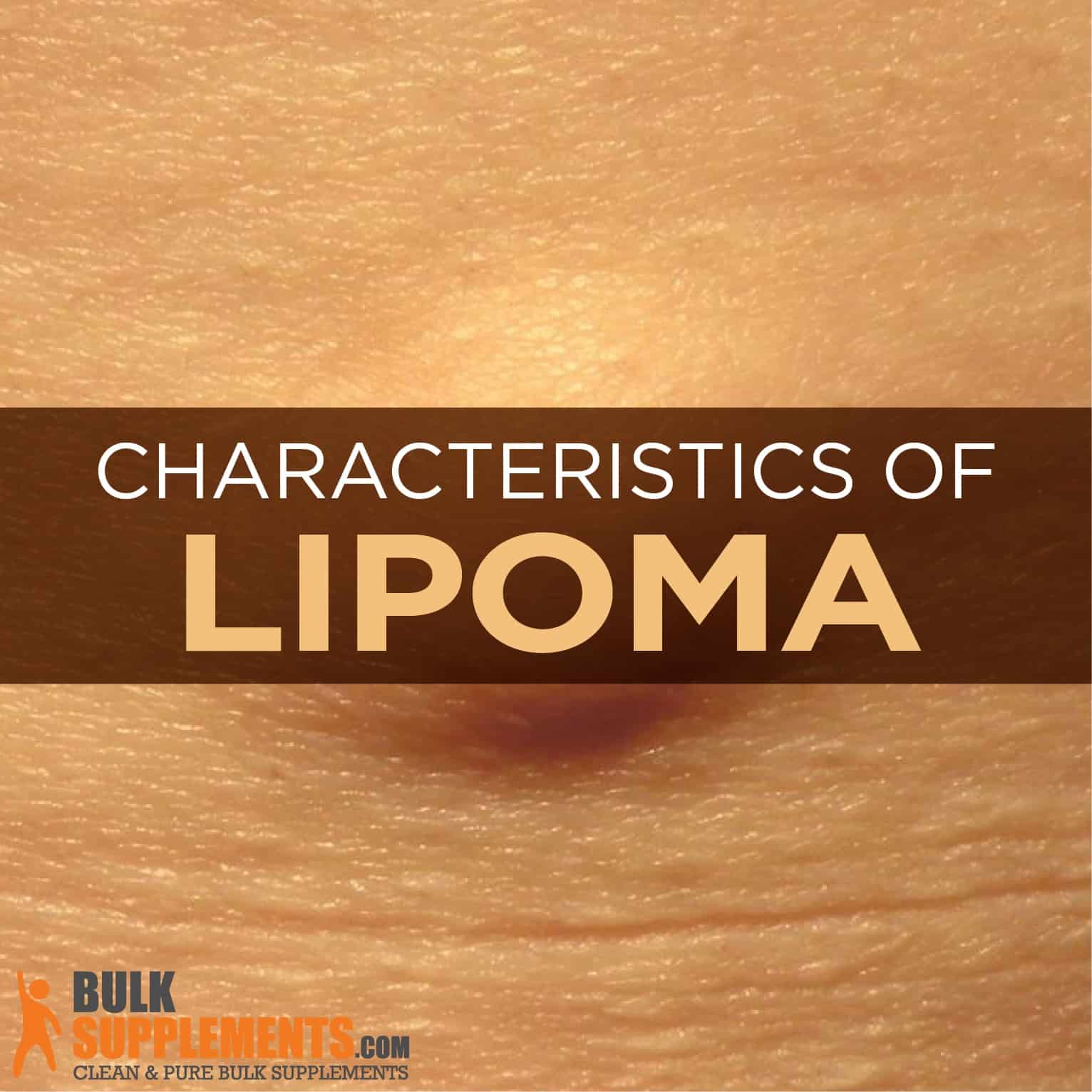 What is a Lipoma?

A lipoma is a non-cancerous growth. They present as small lumps under the skin that occur due to an overgrowth of fat cells. Lipomas may occur anywhere there are fat cells, but they most commonly appear on the shoulders, chest, neck, thighs and armpits. These lumps may also be found on internal organs, bones or muscles, but this is rare. While lipomas are usually only 2-3 centimeters in size, some can be very large, greater than 10 centimeters.

What exactly causes these growths is unknown, but there are risk factors including probable genetic causes. Treatments range depending on placement, size and other factors. Supplements are also available to help support general health and play a role in treatment.

A liposarcoma is a cancerous growth. It looks very similar to a lipoma, which is why your doctor will take extreme caution when first diagnosing your lipoma. Besides being cancerous, other differences are that liposarcomas are typically more painful, grow faster and are less movable.

Lipomas are also different than cysts because cysts are typically filled with a creamy and foul-smelling substance.

These soft, doughy lumps are usually somewhat movable beneath the skin. Typically, only one lipoma will be present. It is somewhat common to find several present in men, which is diagnosed under a different name — lipomatosis (x).

Common on the Neck

While lipomas can grow anywhere on the body where there are fat cells, they are most commonly found on the head and neck. A small lump found on the neck is one of the most likely symptoms. However, your doctor will be careful to identify an accurate diagnosis, ensuring that it’s not a liposarcoma (x).

Lipomas are often incredibly small — so small that you may not notice them for an extended time. After they have been diagnosed, you may choose to avoid surgical removal because the effort and risk isn’t worth the removal of something so small. Typically, they are no bigger than 2 centimeters, and those larger than 5 centimeters are considered giant lipomas. In eight rare cases, giant lipomas were reported on the upper extremities, which is surprising because giant lipomas are typically not found on the upper extremities (x).

Pain is not a usual characteristic of typical lipomas, but it can occur in some cases. Pain is often dependent upon the placement of the lipoma. Giant lipomas with poor placement, such as on the back, can cause pain. Pain, size, location and other factors can all determine how a lipoma is treated and if it will be removed (x).

If a lipoma is near the surface of the skin, you will most likely feel it. However, if it is deeper (rare) such as on internal organs, bones or muscles, it may cause other unique symptoms. For example, if a lipoma is on the bowel then symptoms may include nausea, vomiting and constipation.

There is no known cause of lipomas. In 2 to 3 percent of cases individuals inherit a gene from their parents that makes lipomas more likely. This gene is called familial multiple lipomatosis. Some researchers believe that lipomas may be the result of blunt force trauma or injury to a certain area. Other medical conditions that may contribute to lipomas include Gardner’s syndrome, Cowden syndrome, madelung’s disease and adiposis dolorosa (x, x, x).

While what causes lipoma is not known, there are risk factors to consider. Around 1 percent of people will have a lipoma in their lifetime. Individuals with close family members that have lipoma will often develop one as well. Other risk factors include:

Although lipomas are not a cause for concern, most people still want to know how to treat them. Turmeric is one natural remedy with few side effects. Turmeric has been used for centuries, and was originally used in ancient Indian medicine. When using this supplement, take 1,000 mg daily, or as directed by a physician.

If you’re not a fan of eating too much fish, fish oil is an excellent replacement and a good remedy for lipomas. Fish has healthy omega-3 fats and quality protein. Omega-3 fats specifically help decrease inflammation and may help prevent the growth of lipomas. Fish oil is also high in vitamin B12 (x, x).

Sage is known to naturally thin blood, but it also helps balance the fluids in the body overall. A collection of fatty tissue such as in a lipoma may indicate an imbalance of fluids. This is where sage comes in. Balancing these fluids may prevent these strange growths. As a dietary supplement, take 3,200 mg or as directed by a doctor (x).

Apple cider vinegar is known for its acetic acid concentration. For lipomas, acetic acid can be helpful in both decreasing inflammation, preventing fat from depositing and improving metabolism. Ginger and raw honey have similar benefits.

In the event that you are unable to prevent your lipoma with any of these natural remedies and supplements, other medical remedies are available. Your doctor will determine whether or not you need surgery, liposuction or a steroid injection to remove your lipoma.

If you notice a small, soft, doughy lump on your body, you should make an appointment with your doctor to make sure that it is a lipoma. They will be able to diagnose it and help you plan a treatment strategy. It is important to see a doctor even if you think it’s nothing serious, because liposarcoma has similar, but cancerous characteristics.

It is unknown how lipomas occur, but the small buildup of fat cells is more a cosmetic issue than anything else. Fortunately, lipomas are generally small (approximately 2 cm) and therefore are not difficult to cover, should you want to cover them. When they are larger than 5 centimeters, they are considered giant lipomas and these often require removal because they can cause pain.

By Ryan Quigley
About the author