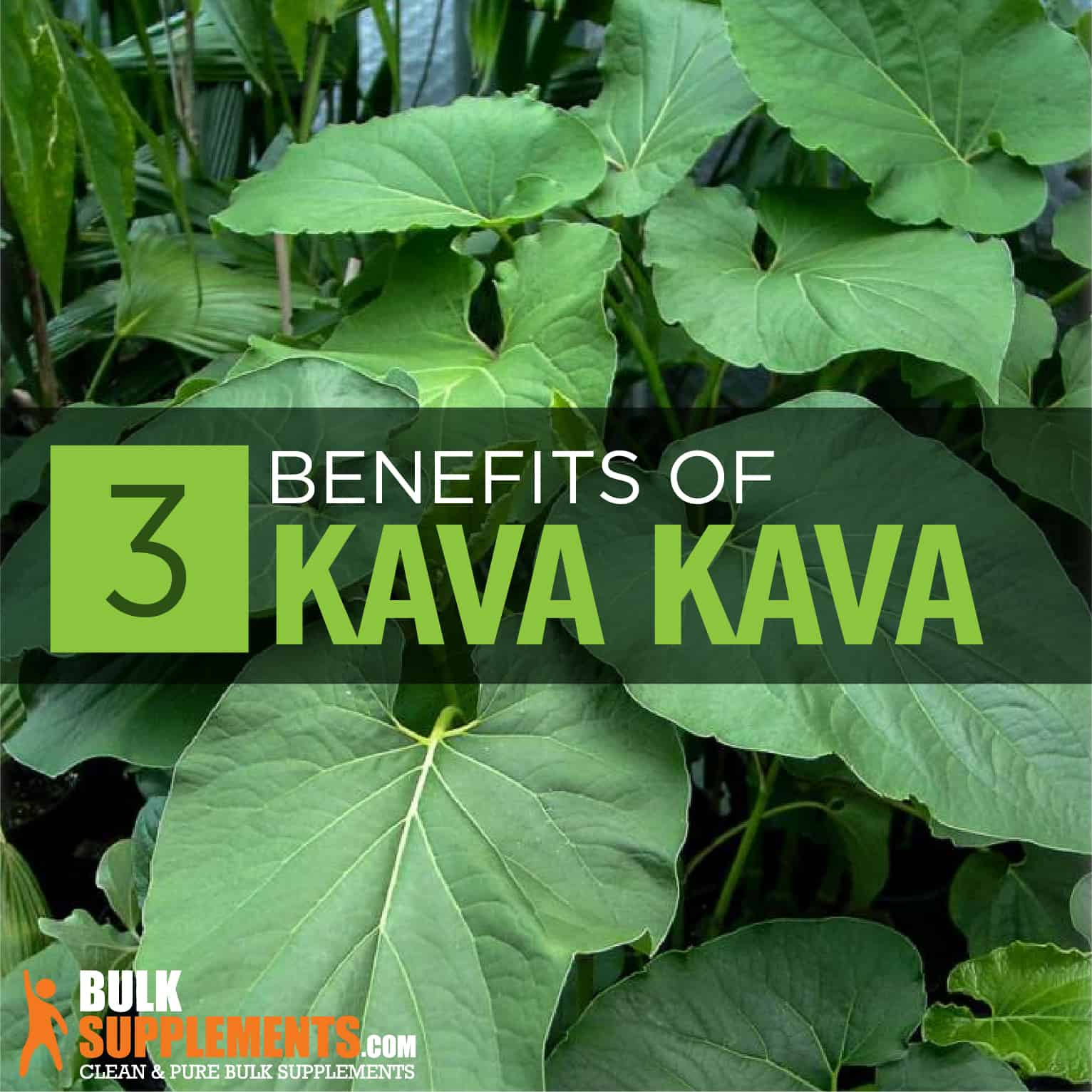 What is Erythritol Powder and is it Safe?

What is Kava Kava Extract?

Kava kava, also simply called kava, is a plant native to the South Pacific that has been used for generations. Today, many still use it for stress-relief and relaxation.

In spite of the benefits of kava kava extract, there have been some concerns when it comes to side effects. Kava, also known as Piper methysticum, is a bush that grows in the tropics of the South Pacific. The native people in the South Pacific islands would grind up its root to create a paste that they would add to drinks, which would then be consumed during social events or for medicinal purposes.

The active ingredient in the plant’s root are kavalactones, which are a class of lactone compounds. Studies show that kavalactones are helpful in reducing stress, providing pain relief, protecting neurons from damage and may also reduce the risk of certain cancers (x, x, x).

How kava works to reduce pain and reduce stress is not totally clear. It may be due to its effect on the brain’s neurotransmitters (x).

Anxiety is one of the most common mental health disorders in the world. Although there are a number of medications capable of treating anxiety, these medications often come with unpleasant side effects and may also cause addiction (x, x).

With more people turning to natural remedies for common health problems, attention has recently focused on how kava can benefit those with anxiety disorders. Studies have indicated that it can help to reduce anxiety (x).

Due to the natural pain relief benefits of dihydrokavain and dihydromethysticin, kava can also be a good alternative to traditional pain relief medications. One method of using the plant for pain relief is to add kava powder supplements to drinks or to boil the root of the plant into a tea (x).

When you don’t get enough sleep you may be at risk for certain health problems including high blood pressure, obesity, cancer, depression and diabetes (x, x, x). Although there are both over the counter and prescription sleep medications that will help with sleep problems, they can be habit-forming. In addition, some people can have bad reactions to sleep medications (x).

Kava is one of the best alternatives to sleep medications due to its anti-stress properties. In one study, a group of people took either kava or a placebo. Those who took the kava reported falling asleep faster (x).

There has been additional research suggesting that one of its benefits is to improve insomnia related to anxiety disorders. More research is necessary to determine if kava can aid with insomnia in those who are not suffering from anxiety. It was determined that, unlike sleep medications, it had no effect on a patient’s driving ability (x, x).

Several studies seem to confirm the effectiveness of kava for anxiety and as a sleep aid. However, there is some concern on the side effects in connection with its use. There have been several cases of liver toxicity associated with the use of kava, eventually leading to a warning of liver damage issues by the United States Federal Drug Administration (x, x).

Kava was eventually restricted or outright banned in a number of countries, including France, Germany, Switzerland, Canada and even the United Kingdom. Its sale is still restricted in each of those countries except for Germany. The restriction was lifted in Germany due to lack of evidence for risks (x).

Although some studies conclude that kava can cause liver damage, there have also been studies concluding that short-term use is safe for those with healthy livers. Do note that if you take medication that processes through the liver, it is best to avoid kava (x, x).

One of the reasons there is speculation the liver damage reported may be attributed to drug interaction, or the manufacturers not using the root of the plant, is the fact that so many people in the South Pacific have used kava for hundreds of years without suffering liver damage.

A limited study conducted by researcher Jerome Sarris at Australia’s University of Queensland involved 37 subjects with symptoms of anxiety. After a three-week study, the subjects reported fewer anxiety symptoms and reported no side effects (x).

Ultimately, it is important to take all studies into consideration and consult with your doctor before you decide if supplementing with this plant is right for you. It is also important to ensure that none of the medications you currently take pose a risk of causing liver damage if you do begin taking a supplement.

As a dietary supplement, take 1,000 mg (scant 1/2 tsp) once or twice daily, or as directed by a physician. Do not take for more than three months without a two-week break between cycles. Because effects may decrease with repeated use, use only as needed to avoid building a tolerance.

Kava has been used safely by populations in the South Pacific for hundreds of years. Today, its supplements are available and are likely effective against anxiety and sleep problems.

What is Erythritol Powder and is it Safe?